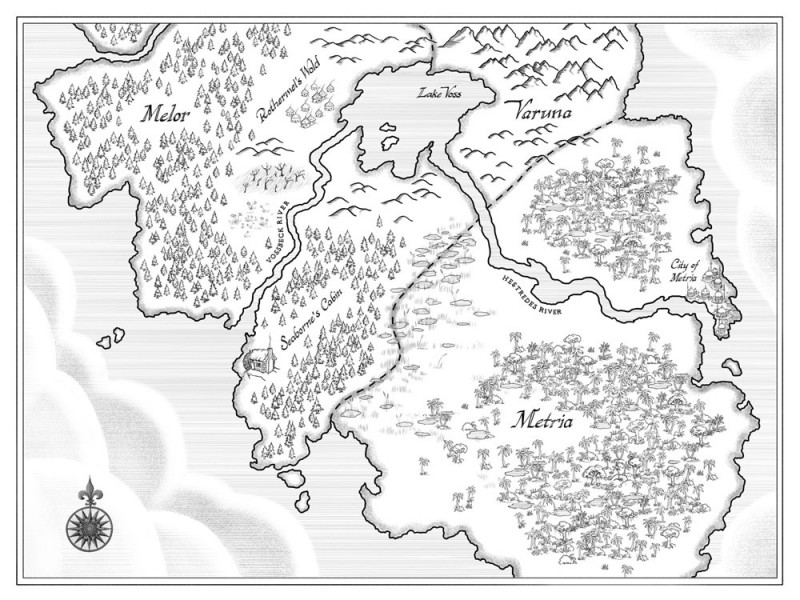 Grace Thompson, (nèe Baker), age 41, mother of the Thompson boys and wife of Jim Thompson. Inherited Summerledge in her twenties after the death of her parents. Brother of Edward Baker, missing at sea.

Fanny Dellemere, 70 something, the Thompsons nearest neighbor, owner of the Dellemere cottage and step-grandmother to Evelyn and Frankie. Great collector and gardener.

Captain Nate, 60 something, old sea captain who lives down the road from Summerledge and the Dellemere cottage. Salty, monosyllabic and an expert on all things related to the sea.

Evelyn Boudreaux, age 12, adopted granddaughter of Fanny Dellemere. Born in Haiti to Haitian mother, Willow, who died in childbirth, and a French-Canadian father, who perished in a hurricane the previous year. She is wise beyond her years and serious.

Seaborne, An outlier who washed ashore onto Ayda as a boy while serving as a cabin boy during the Napoleonic wars. A man of great personal and physical strength, he is friendly, funny and loyal.

Axl and Tar: The hounds of Melor, from a line of ancient Aydans, bound to the Fifth Stone.

Rothermel, Keeper of the stone of Melor, born to a Watcher father and a human mother. He influences those bound to their earth daylights and cares for green and growing things. His realm is the forest of Melor and of all the Keepers, he is closest to human. He has grown battleworn and afraid during the siege.

Tinator, Rothermel’s captain, a Melorian of noble birth. Husband of Mara, father of Calla. A skilled soldier and teacher who is tasked with the protection of the children, despite the warnings in his heart.

Mara, Tinator’s wife, a healer and provider. She is kind and beautiful, though damaged from a former fight with the Exorians who tried to abduct her. She is the main mother figure in this volume.

Calla, daughter of Tinator and Mara and soldier in her own right. Strong-minded, skilled with weapons, and devoted to her family. She becomes a friend to the children.

Exorian Army, a pale, bald band of warriors with ceremonial webbing scarred on their chests, backs and necks. They fight with flaming, poisoned spears and broad shields. They are sworn to Dankar will fight his enemies until their daylights fragment. The sight of women’s hair whips them into a frenzy.

Louis, an outlier under the protection of Dankar. He desires to pass the trials and become a full Exorian warrior, the graduation of which is heralded by the scarring ceremony. He strikes up an unsuspected friendship with Frankie and finds his allegiance divided.

Dankar, usurper of the stone of Exor and murderer of Ranu, Rothermel’s brother. Dankar is also half-Watcher, half-human but cares little for his humanity. He longs only for power, revenge, and the Fifth Stone. He will sacrifice anything—and anyone—to procure it. Exor is a barren land, scorched by Dankar’s excesses. The stone of Exor influences those bound by their fire daylights.

Hesam, captain of a Metrian ship. Takes children to Rysta.

Rysta, Keeper of the stone of Metria and protector of all those bound by their water daylights. She rules the waterlands of Metria and influences all waterborne creatures, memory and resilience. She is breathtakingly fair and loving; she holds the archive of much of Ayda’s history and seems consumed by a secret grief.

Ten immortals sent to earth in the very beginning of time to teach humans how to control the daylights so that life could thrive on earth. Of these ten, Remiel breaks a promise that has vast repercussions on the other nine and our story.

Ratha, Keeper of the stone of Varuna and protector of those bound by air daylights, she influences, the wind, space, and all creatures that fly. A solitary and unearthly Keeper, she is wise and all-seeing. Of her siblings, she most resembles a Watcher.

Calyphor and Deruda: Two of the very few remaining ancients who have lived on Ayda since the time before the Keepers. They are bound to the Fifth Stone.